A card game in which athletes aim to win the tournament without doping. Doping is “inadvertent doping” that most people use without knowing it is a banned substance. It is a fun way to learn how to avoid inadvertent doping through games. It is a tool developed by an anti-doping pharmacist, Sports Pharmacist, to learn the doping and fair play spirit. 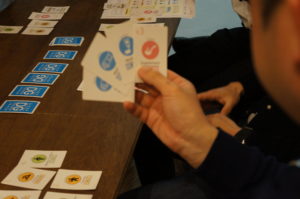 The player is an athlete. The goal of the athlete is to earn a lot of points and win the tournament. However, preparing for the tournament can result in illness or injury.

You will be taking the drug at that time, and it may contain a banned substance that is subject to doping. If you get stuck in a doping test, you will be disqualified immediately. No matter how high the ability, it will be the lowest. Be the best at the tournament without doping.2-5players. Each player starts with a score of zero.

2-5players. Each player starts with a score of zero 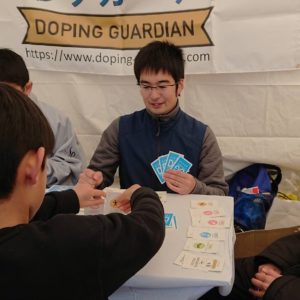 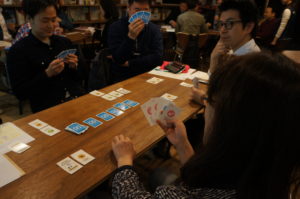 The player who got a high score wins. When it’s a doping violation, it’s disqualified.

It ends by 10 turn. When the deck has disappeared, a game is continued only using  your hand.

Preparations of a game

Every turning 1 card is pulled out of the deck. Next a card is chosen from a hand. And put into play. 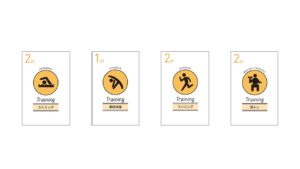 ※The supplement card which can be used for 1 training card is only 1.

When having pulled a sick card out of the deck, I have not to season a hand and to take it out in the place just as it is. And the turn ends.

※A medicine card can be used in spite of the sick kind.

Be careful about Inadvertent doping

A doping card is elucidated after 10 turns. When a doping card(The medicine card or The supplement card) and the card one used were identical, become disqualified. 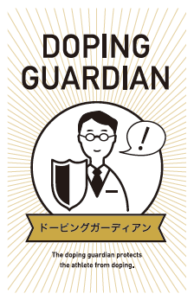 Only one can judge only 2 of inside on a doping card from to use a doping Guardian card. 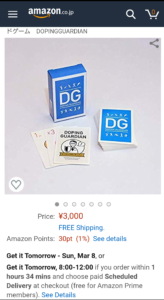 You can buy it at Amazon Japan. Overseas shipping correspondence 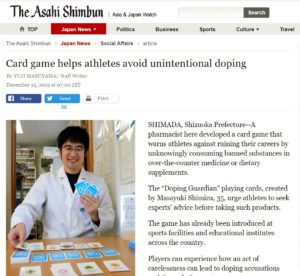